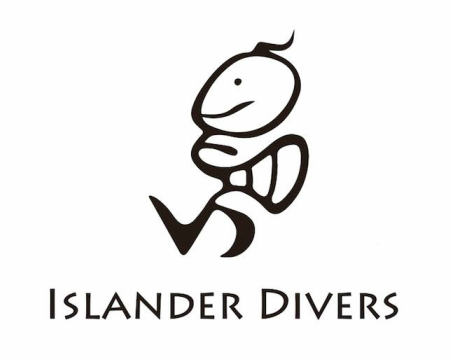 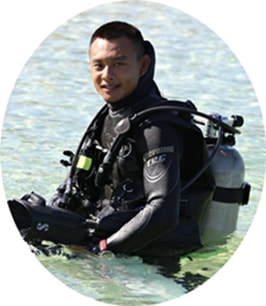 Su didn't know how to swim until a trip to Kenting with his friends when he was in university. They went to snorkeling and he just felt so bad that he can't control himself in the sea. After this trip, he decided to learn how to swim and became a life guard. Finally he became a dive instructor in 2013.

He had been working in Penghu, Taiwan for 4 summer seasons. From this experience, he cultivated his interests in marine life and photography gradually. Because the winter season in Penghu is not suitable for diving, he go traveling the SE Asia and Australia in winter time. He found that he wants more people paying attention to ocean conservation. So he founded "Islander Divers" with Polly in 2015.

Now, he is living in Xiaoliuqiu, an offshore island in Taiwan known for having lots of sea turtles foraging around. He now is a sea turtle lover and focusing on documenting sea turtles behavior. He wishes he can increase people's environmental awareness through his work. 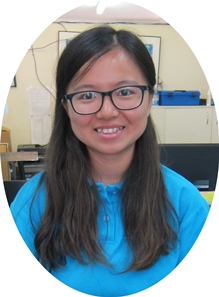 Polly used to be a city girl, far away from the nature. By chance, she became a volunteer with an environmental NGO when she was in university. This opportunity changed her life. She fall in love with the ocean and becomes a diver as well. She founded "Islander Divers" with Su in 2015 together.

​Now she is in charge of administrative work and marketing in Islander Divers.